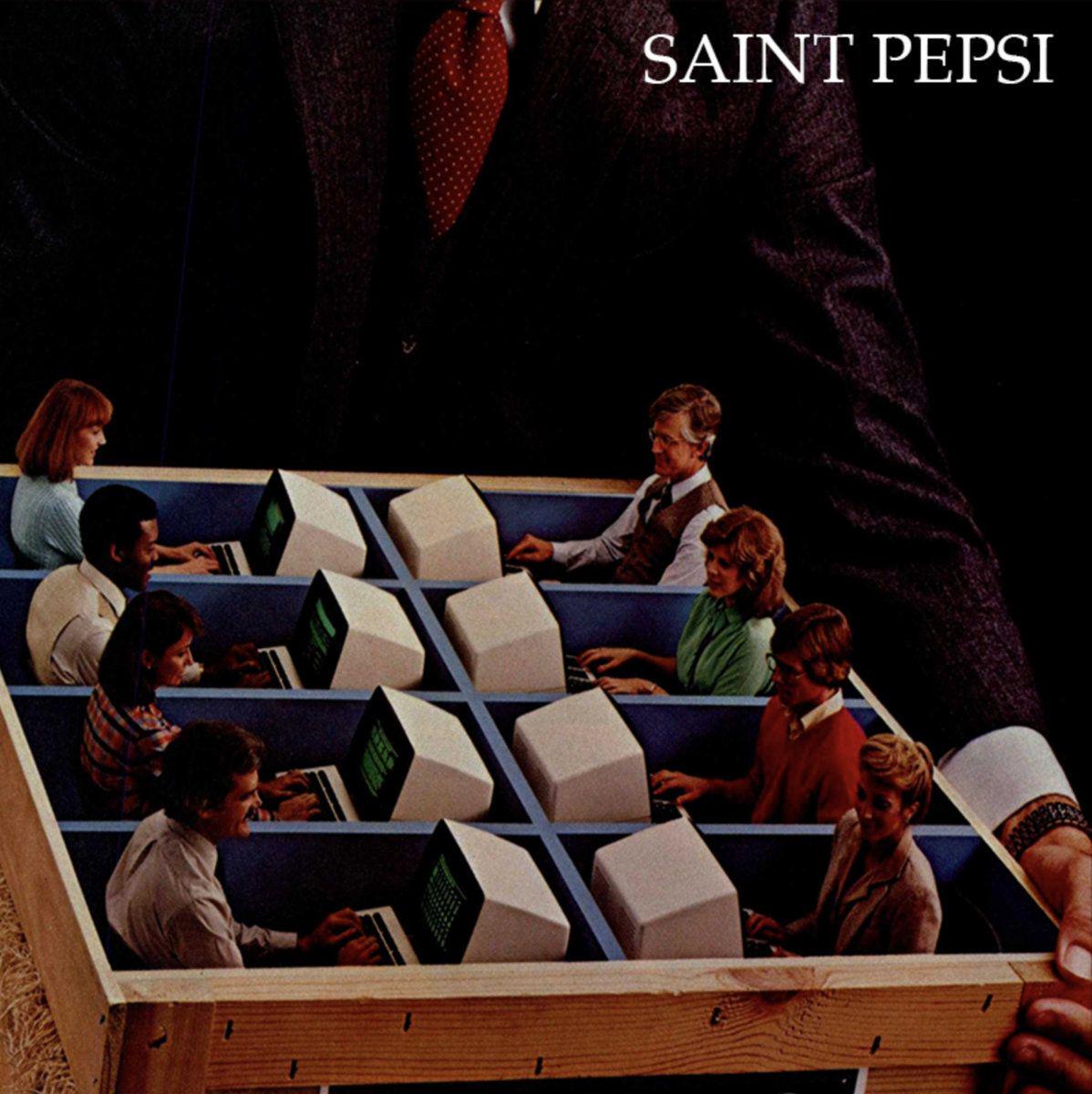 In a surprising turn of events, an anonymous actor uploaded, metatagged, and published a fabulous futuredisco tape this evening on the official Bandcamp page owned by the KEATs-affiliated Groove Guru using stolen credentials. SAINT PEPSI (now Skyler Spence) himself revealed the breach on Twitter just before the end of workday on the coast, disclaiming “SOMEONE HACKED THE SAINT PEPSI BANDCAMP AND PUT UP A NEW ALBUM! NOT ME.”

This album was inspired by the feeling I got when I found out 100% ElectroniCON sold out in under an hour. I was on the way to see my brother graduate from college. We all know how college was for me. It was a wonderful weird circle of events and it made me want to live.

At press time, it is unknown how long the account's security has remained compromised, nor how long the release will remain live. The investigative process so far has been hindered severely by effects voluminous playback of the work itself has had on staff in our newsroom.

Skyler Spence has been often (quite-cringely) credited by music journalists and bloggers as their introduction to vaporwave, which was hilarious in the moment, yes, but in fact represents one of the first puncture events into mainstream music media discourse for the precious Twitter and generally net-born community of truly boundary-pushing electronic musicians for whom this magazine was created.

Saint Pepsi is in many ways the apotheosis of blog disco, this wave of young musicians poring over the internet for samples of classic smooth electro-funk from 1980-84 to turn, via Ableton, into new works of nostalgic yet somehow future-perfect art. –”New band of the week: Saint Pepsi” | The Guardian

Like its attributed creator, Mannequin Challenge is very special and far more substantial than we've come to expect from the futurefunk sound: it's imbued through and through with real sentiment – and why shouldn't it be? In reflection, the role of cultural ambassadorship is as surreal (read: absurd) as it is spectacular.

If you'd told me that Pepsico had discovered SAINT PEPSI and threatened him with copyright law in the years post-high school when I was first introduced to the like purveyors of the sound, I would've heard it as a hypothetical (and died laughing.) However, the shit did occur in 2015: in a hilarious internet micro-controversy, SAINT PEPSI really was pressured – under the threat of legal action, one assumes – to change his name. (My own little experience confirmed that Pepsi had no patience for contemporary humor.) As an ancient relic of a American brand punished him, though, another no-less-surprising one – none other than GQ Fucking Magazine – would celebrate him as “Pop Music's New Disco Whiz Kid.”

I don't know the whole story, but I'm comfortable declaring in the now: Mannequin Challenge represents a sincerely touching gift for those of us who've been listening. Or that is... It certainly would were it not the product of digital hijacking and therefore completely inattributable, legally, to SAINT PEPSI.